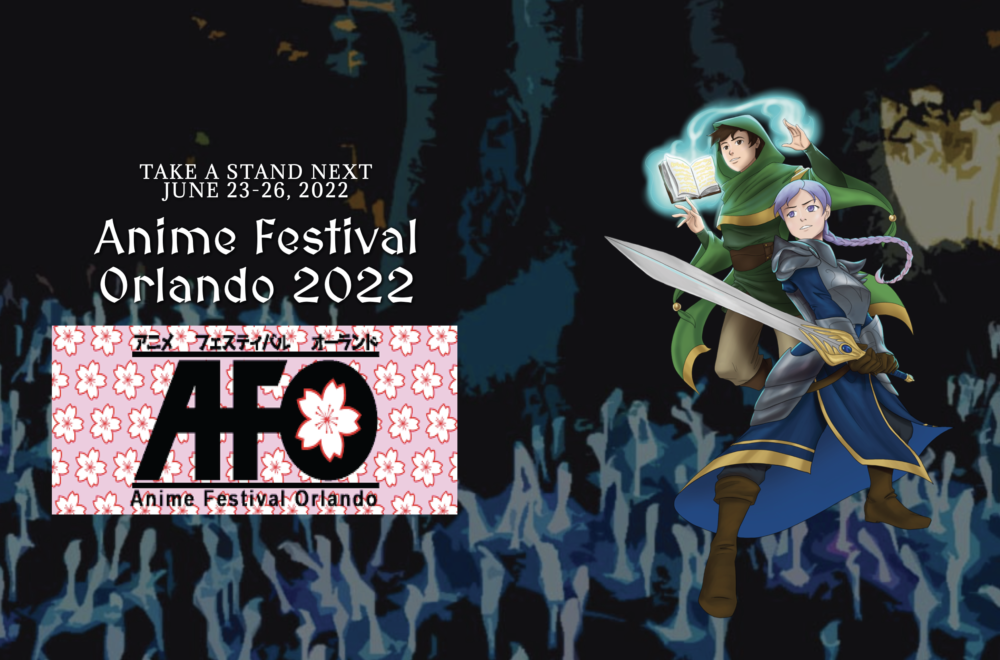 Anime Festival Orlando, affectionately known as Florida's Favorite Anime Convention, has been bringing anime-based entertainment to central Florida since 2000. Well known for bringing guests from anime and super sentai to Orlando, the convention always stays true to its roots.

AFO is a multi-day celebration of all things related to Japanese animation and pop culture held at the Wyndham Orlando Resort. Its inception in 2000, Anime Festival Orlando has earned the title of “Florida’s Favorite Anime Convention” as well as being voted one of the “Top 10 Things To Do In Orlando” by DK Publishing’s Travel Guide.   For the last 10 years, Anime Festival Orlando’s staff has crafted an original game called “Tales of Orlandia” after the success of the “Swords of Orlandia” trilogy. The game features an interactive RPG story for our attendees to voluntarily play during the weekend while enjoying the traditional fare offered at anime conventions.